Welcome to your new Hometown! At just over three miles from Interstate 85, the Town of Tyrone offers the charm and safety of a small community with easy access to Hartsfield-Jackson International Airport and all that the Atlanta Metro area has to offer. Ask any of your 7,000 neighbors and they'll tell you exactly why they moved their families and businesses to one of the finest cities in the suburbs! The Mayor and Town Council have committed to engaging the citizens at every opportunity and appropriating all of the necessary resources to being better than the average small town. High priority has been placed on smart economic development strategies and functional greenspaces that beautify the community. 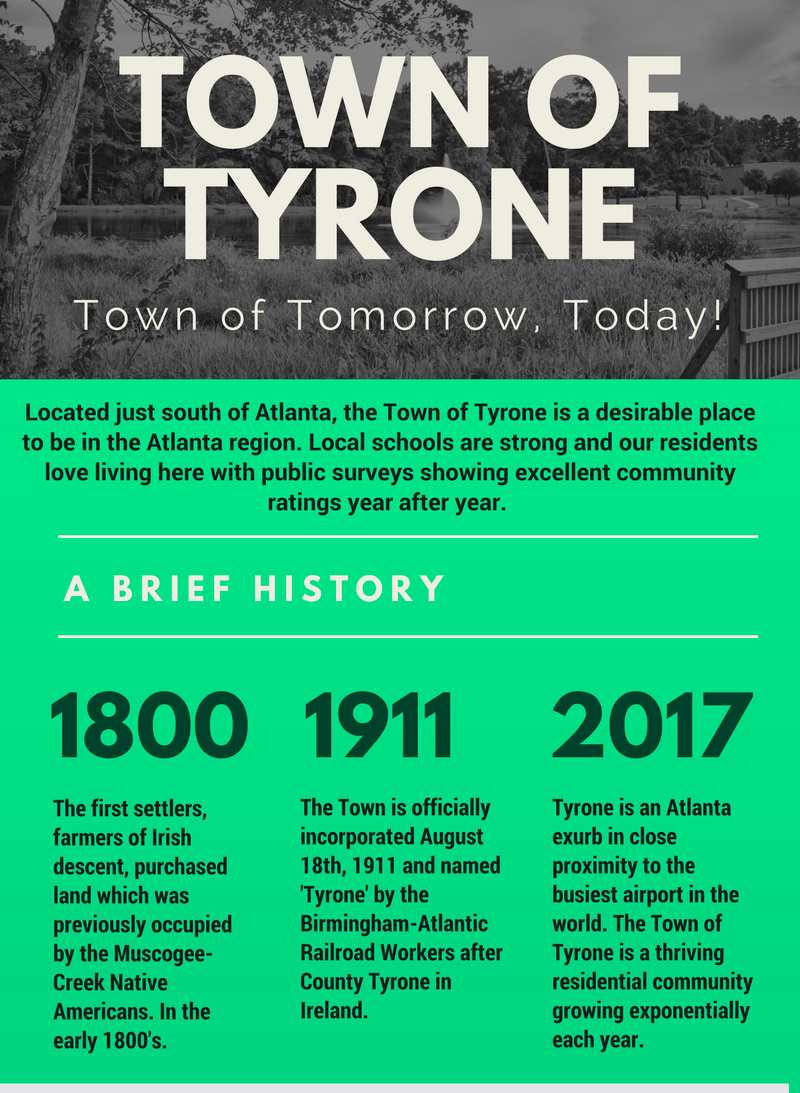 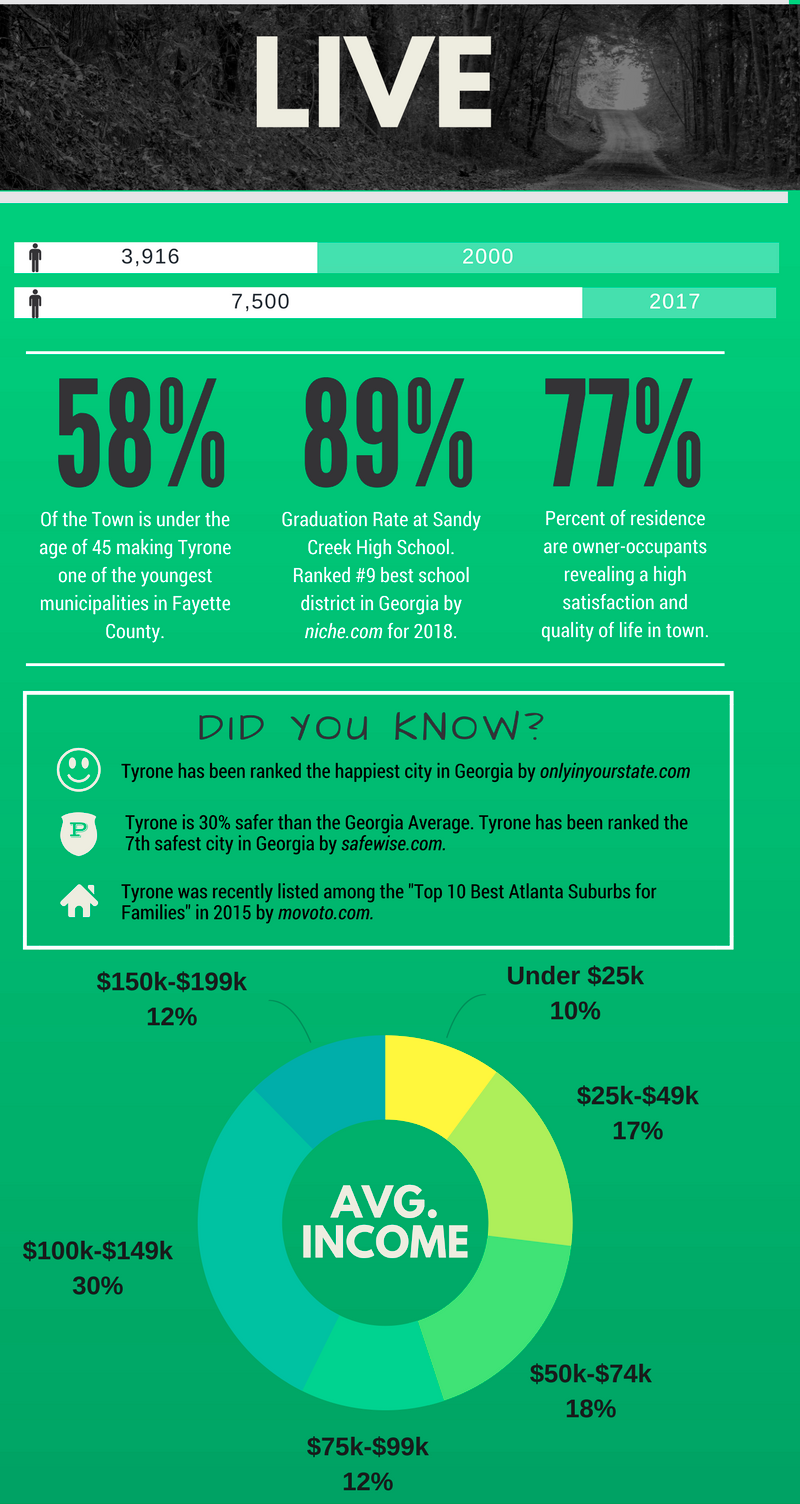 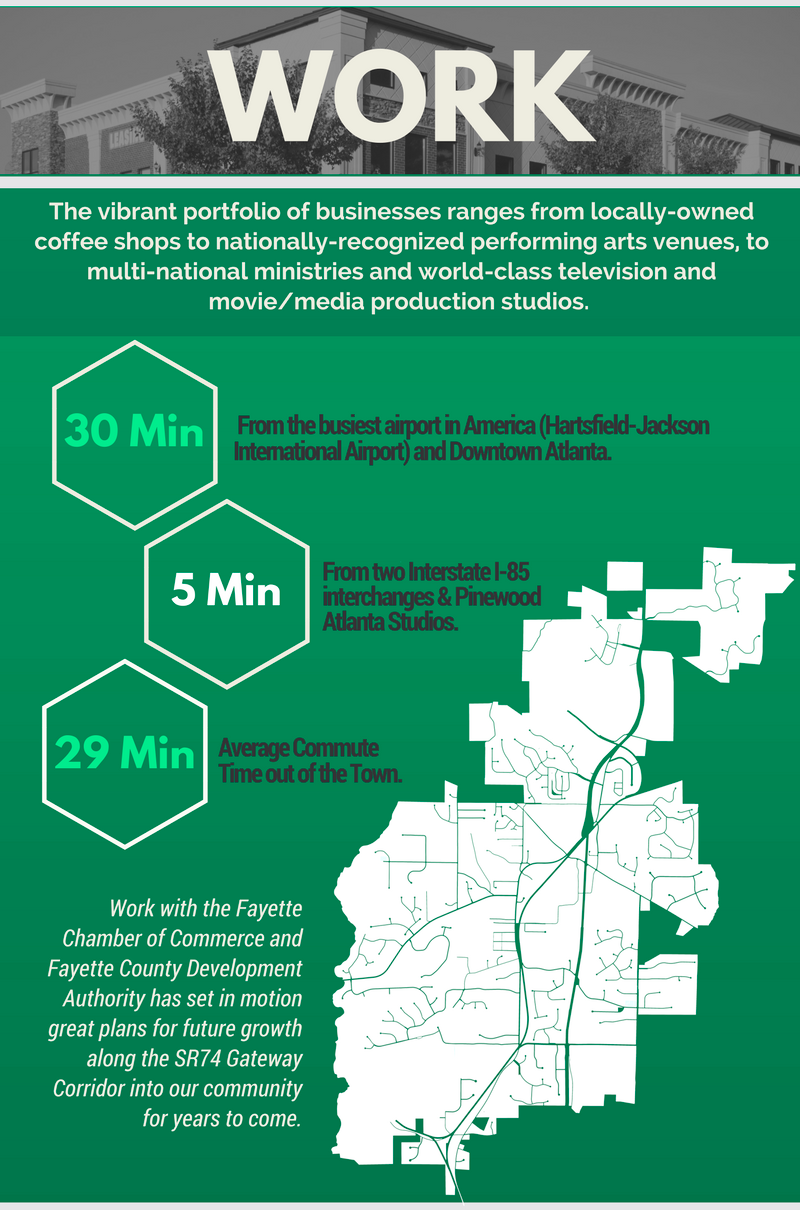 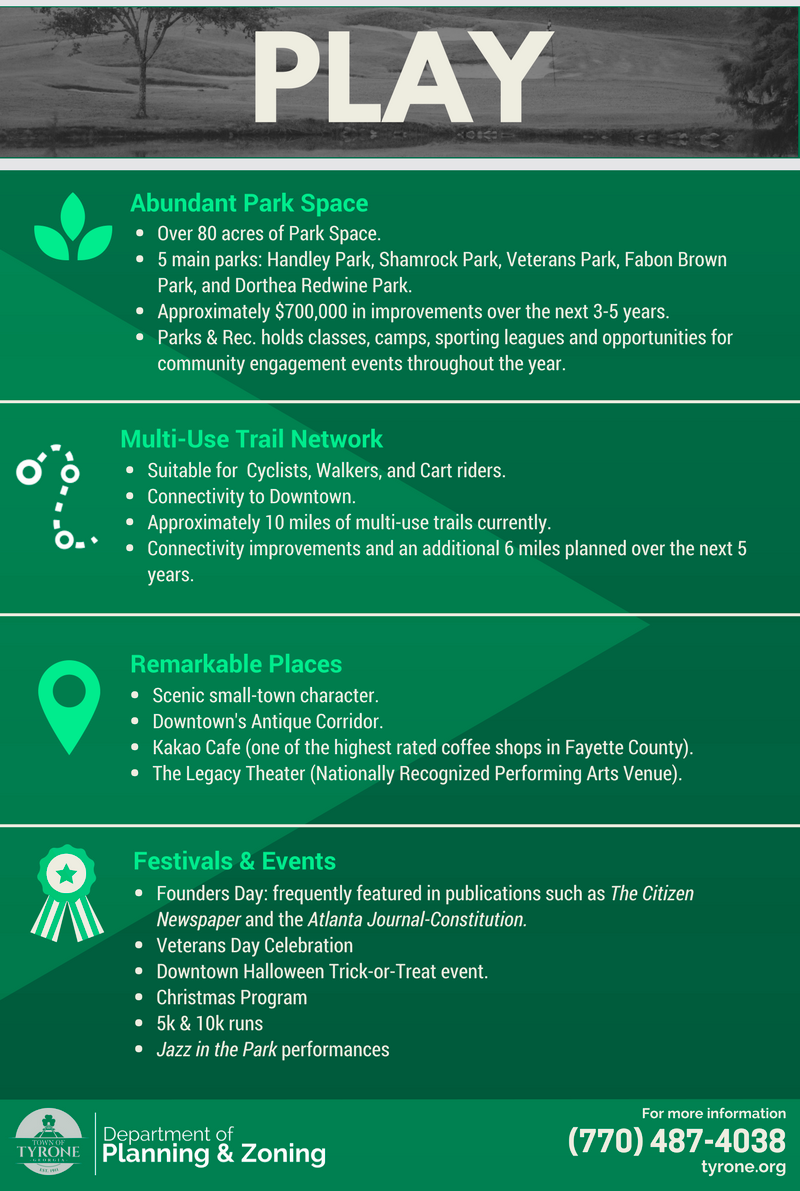 Tyrone is in an area originally belonging to the Creek Indians. Scottish and Irish immigrants settled here in the late 1800's because it reminded them of the area around County Tyrone in Northern Ireland. Some of the homes built by those first settlers are still occupied by their descendants. It was initially named Tyrone by the Birmingham and Atlantic Railroad when they first laid tracks in 1907, just four years before the Town of Tyrone was incorporated in 1911.

Quality of Life that is Second to None

For much of the past decade, the Town of Tyrone has been ranked by the websites like Credit Donkey and ValuePenguin as one of the safest cities in Georgia. In fact, we've just been found to be among the five safest cities again; ranking second in cities with population 5,000 – 10,000 and fifth overall in the state.

In addition to boasting a low crime rate, the Town of Tyrone offers an active parks and recreation department which holds classes, camps, sporting leagues and opportunities for community engagement events throughout the year. The town also staffs a wonderful public library in the Flint River Regional Library system.

The vibrant portfolio of businesses range from locally-owned coffee shops to nationally-recognized performing arts venues to multi-national ministries. Work with the Fayette Chamber of Commerce and Fayette County Development Authority has set in motion great plans for future growth along the SR74 Gateway Corridor into our community for years to come.

Tyrone is popular for many reasons beyond its low crime and even lower millage rate. In recent years it was named: a "Top 10 Best Atlanta Suburbs for Families" by Movoto.com in 2015 and "Happiest City to Live in Georgia" by CreditDonkey.com in 2014.